This series of classes is presented by the National Judges Association, in partnership with the Oregon Justices of the Peace Association. The moderators are the Hon. Cris Patnode, Senior Director and Alternate Executive Director of the NJA and the Hon. Candace Hissong, Executive Director of the NJA. They have both served on the bench in the state of Oregon and have a wide range of experience in the courtroom and in judicial education. 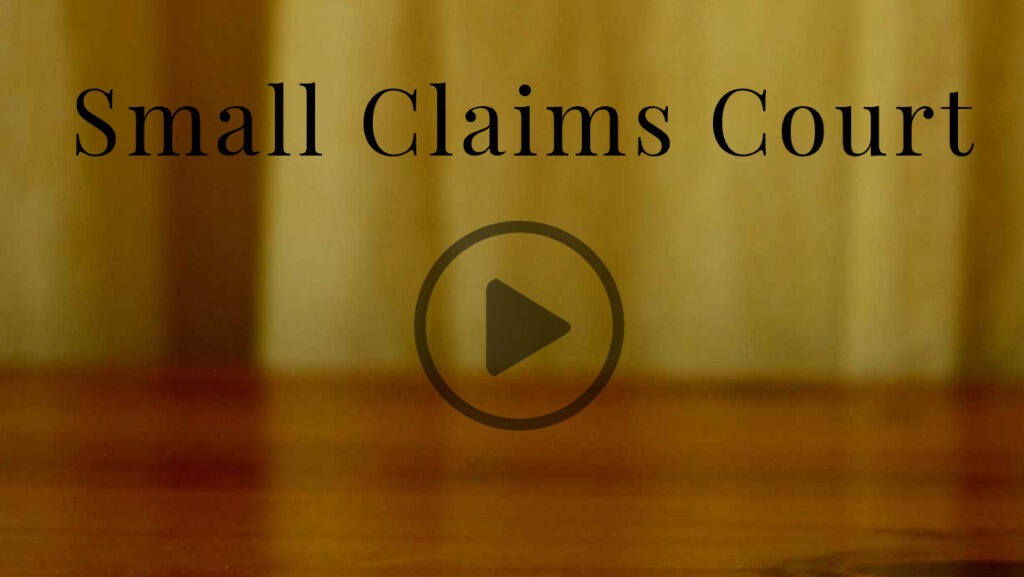 This session provides an overview of civil procedures involved in Small Claims Court in Oregon courts, from challenges for plaintiffs to questions of process for parties, i.e., filings and responses.  The evolution of civil law is presented as well as potential tools for judges to use in order to address current problems generated as a result of shutdowns in the court system.  Also included is the mediation process, statutory laws and recovery limits within the subject framework.  The points of view of opposing parties are addressed, and interaction variables of dealing with process restrictions are also discussed.  Although any statutory language refers to Oregon law, principles of civil law are used across the country and will find application anywhere.  In civil law, the courts are further challenged by parties who, frequently in small claims are not represented and are in proceedings pro se.

Judge Todd presents tools and procedures in a clear manner.  During his time on the bench, he served first in a circuit court and after retirement on a municipal court.  He is recognized as an instructor on multiple legal subjects within the Oregon judicial community. 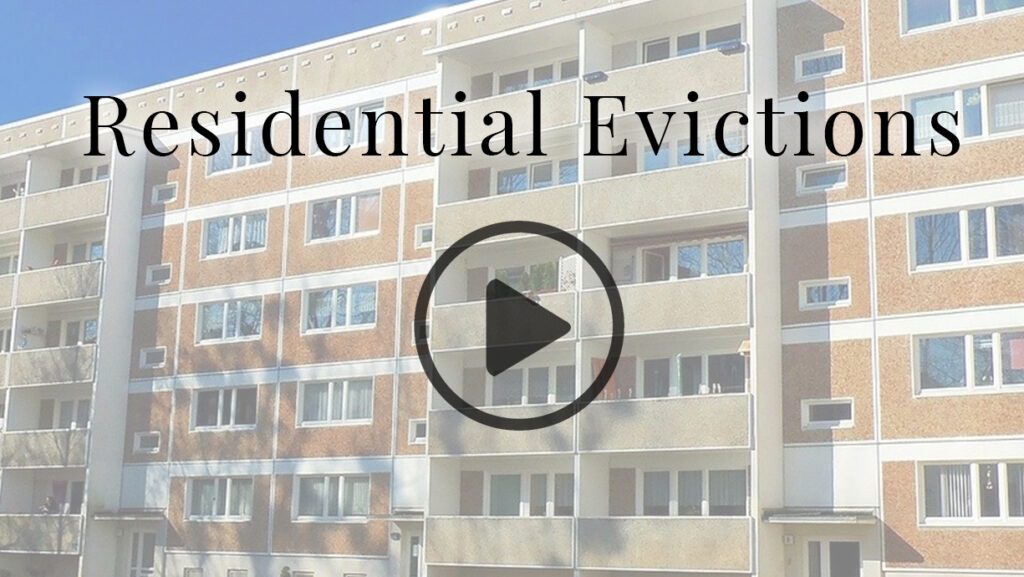 Landlord tenant relationships and contractual requirements are addressed, including current situations within the residential housing market. This overview of the process outlines aspects of those relationships not only in general terms, but also with an emphasis on current challenges caused by the shifting of the market caused by eviction freezes and governmental relief programs. Conduct of web based court proceedings are outlined, including proper notices and existing agreements. Although this class is presented within the protocols and laws of the state of Oregon, the principles of civil law apply nationwide.

Judge Peterson brings a wide experience to his instruction, and his viewpoint is valuable to both the novice and the experienced jurist. Landlord tenant law evolves and reacts due more often to case law than to statutory changes (although those changes also derive from case law) so the dynamic of these matters can be highly charged. The law addresses those situations that derive from a single unit landlord to a multiple unit high rise in metropolitan areas, so a judge must be well versed in the changing requirements of the law and the industry impacted by it.

Judge Peterson, in addition to serving on the bench, was a clinical law professor at the Northwestern School of Law for twenty nine years and is also currently the Executive Director of the Council on Court Procedures, having served in that capacity since Aug 2005. 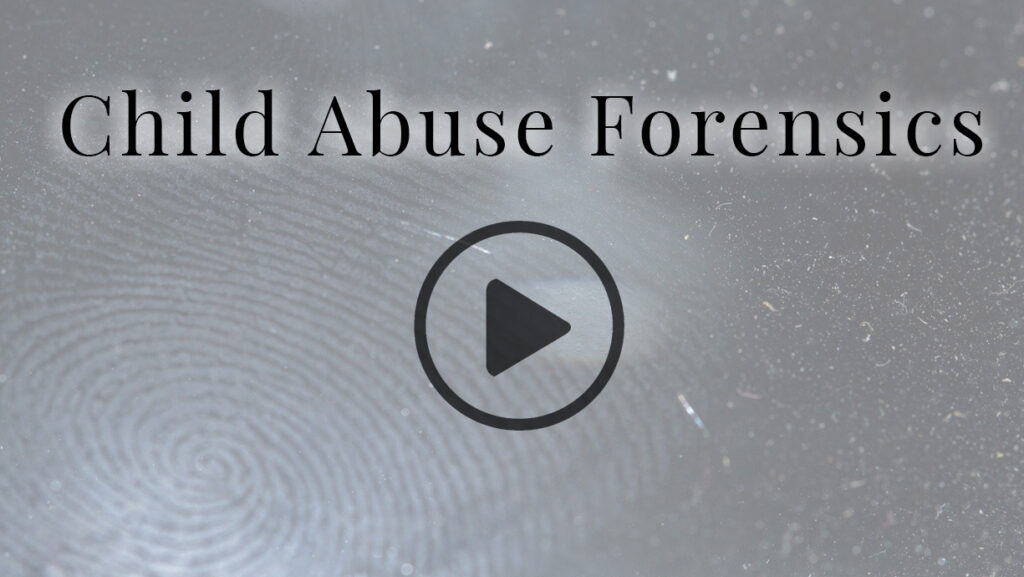 This three part session is designed to address pathology issues of domestic violence as well as the process used for forensic interviewing of victims. The function and resources of the nation’s network of Child Advocacy Centers is summarized. The discussions of these instructors provide insight into pretrial proceedings that are conducted with victims. Those proceedings are done in a way that not only protects those impacted by violence but also demonstrates the steps necessary to uncover and secure evidence. Necessary protocols to conduct these activities are explained as well.

In her biography, Ms. Stafford states that “In her tenure with the Children’s Advocacy Center, she has served as advocate, record keeper, prevention trainer, multidisciplinary team coordinator, grant writer, and child forensic interviewer. In these various roles, she has participated in the investigation of over 3,000 child abuse cases ranging from severe physical or sexual abuse to witnesses to domestic violence and drug endangerment. Through her work, she has witnessed firsthand the devastating impact child abuse has on children, their families, and to communities as a whole. “

Krisana Albrecht has been a senior advocate, grant writer & data reporter, crisis manager, trauma informed rape crisis responder, court advocate, community partner liaison, and ultimately the position of Executive Director; after leaving retirement, she became the “Victim/Family Support Specialist” at the Josephine County Children’s Advocacy Center. Throughout her adult life she has worked closely with the judicial system (both civil and criminal), LEA agencies, DHS-SS/CW and with the local hospital.

Carrie Compton works as the Child Forensic Interviewer for the Josephine County Children’s Advocacy Center. She holds a Bachelor of Science in Sociology and Anthropology from Southern Oregon University, with her primary focus of study being issues that make children at-risk of not being able to mature into adulthood successfully. A second area of focus was with PTSD in children and emergency service workers. Before coming to work as a Child Forensic Interviewer, Carrie spent 16 years serving her community as a first responder for our county’s ambulance provider. She also volunteered as a Court Appointed Special Advocate for foster children at the Josephine County CASA program. 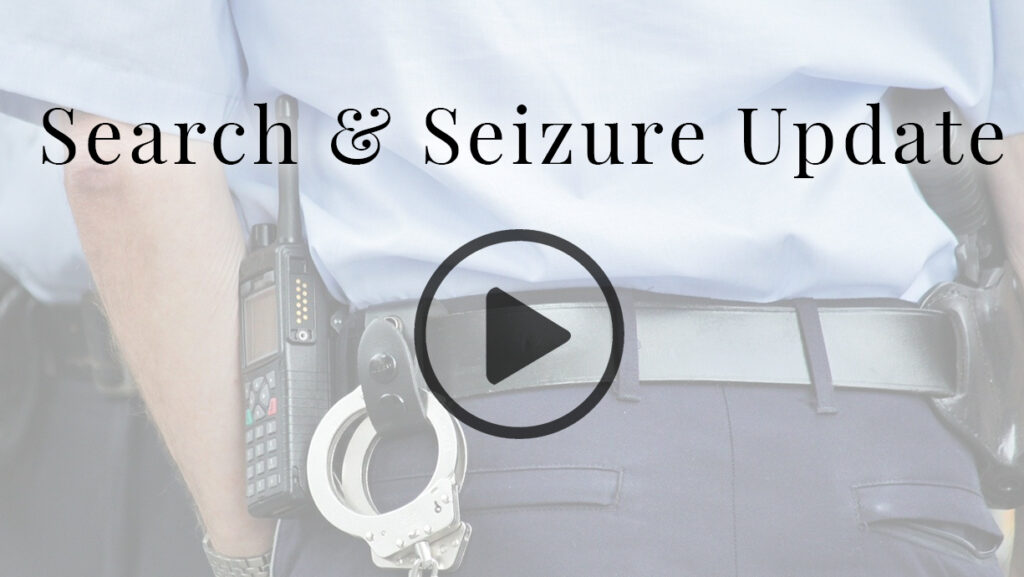 Current case law in these two areas is moving at a rapid pace. Instruction included outlines of cases that address evolving law on definitions within the Fourth Amendment of the U.S. Constitution, new science as it applies to cases involving cannabis and officer training mandates for proper officer conduct during the arrest process. We based resources for participants to gain further information is provided. Ms. Ryerson additionally provided an overview summary on the decision by the U.S. Supreme Court in re: State of Kansas vs. Glover. This case has implications on the current discussion because of its impact on the fourth amendment as well as problematic issues with “Ferguson” situations.

Ms. Ryerson’s biography contains the following “She provides training for new and seasoned prosecutors and officers, provides updates to case law, and alerts them to issues that surface through the defense of impaired driving cases. In addition to law enforcement and prosecutors, she provides case law updates to Oregon judges at their yearly conference and is instrumental with DUII related legislation. She has provided trainings in numerous states, at several national DUII conferences and has taught at the Borkenstein Course drug toxicology course. She is a member of the DUII Multidisciplinary Task Force, the Drug Recognition Expert Steering Committee, numerous DUII related work groups, and a liaison to the Governor’s Advisory Committee on DUII. In 2014, Ms. Ryerson was selected as one of the International Association Chiefs of Police DRE Ambassadors.”

“Legal Research on a Limited Budget” 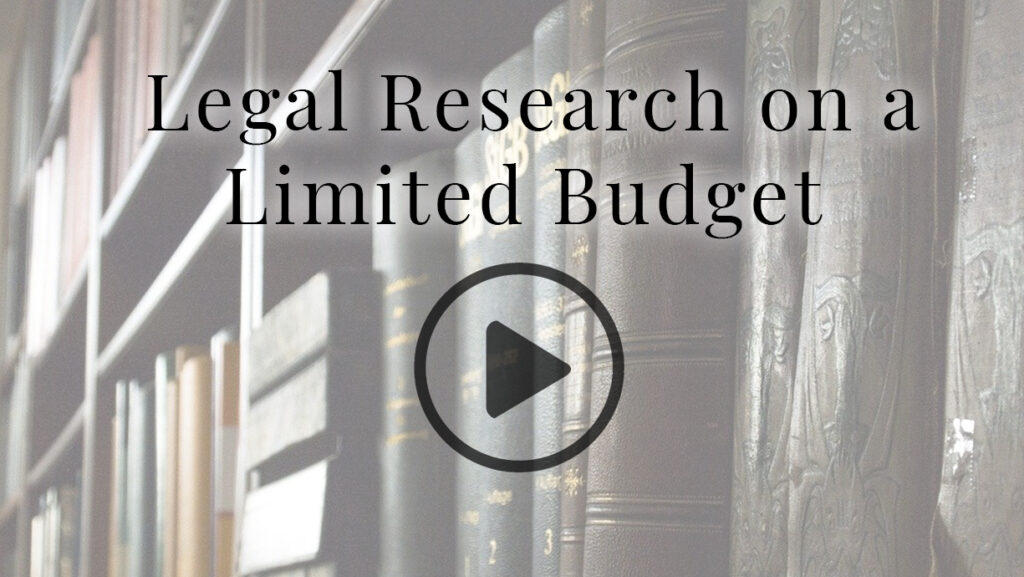 Internet resources and practices are considered from the viewpoint that information doesn’t help unless you can find it. This class is a practical course providing examples and practice tips. It is designed to provide easily navigable websites and online information. Application to cases involves civil and criminal law, practical tools and research pitfalls. Judge Todd provides excellent information for the participant to use immediately on the bench. Explanations of various uses of technology and clear demonstration of “search” practices are also outlines.

During his time on the bench, Judge Todd served first in a circuit court and after retirement, he continued to serve in a municipal court. He is widely recognized within the Oregon judicial community as an instructor on multiple legal subjects. 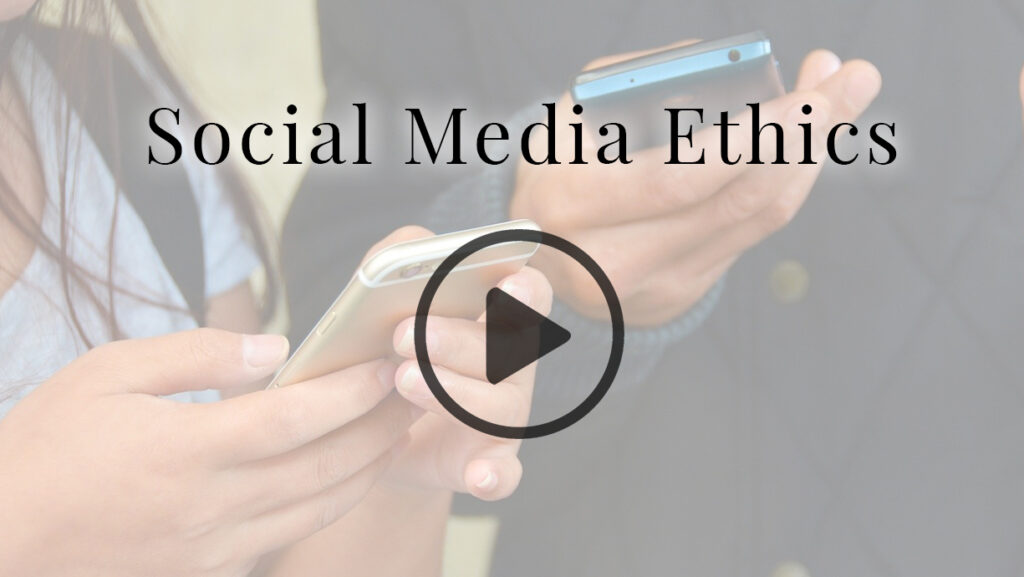 This course targets increased use of social media by judicial officers and the manner in which the Code of Judicial Ethics applies to those situations. Anecdotal information is given with examples of good (and poor) media use by sitting judges or judicial candidates—and miscellaneous uses of various social media applications that were later determined to be code violations. Special attention is paid to those areas of concern of screening use with a critical eye and “friending” practices on Facebook. The range of sanctions imposed for violation of the Judicial Code is also reviewed. A brief review of current law enforcement practice reforms and training around the country is also presented.

Judge Charter has served on the bench since 2004 and has presented programs on court debt, implicit bias, and criminal justice reform to local Oregon judges and court administrators and for the National Judicial College.

“A Virtual Ride Along” 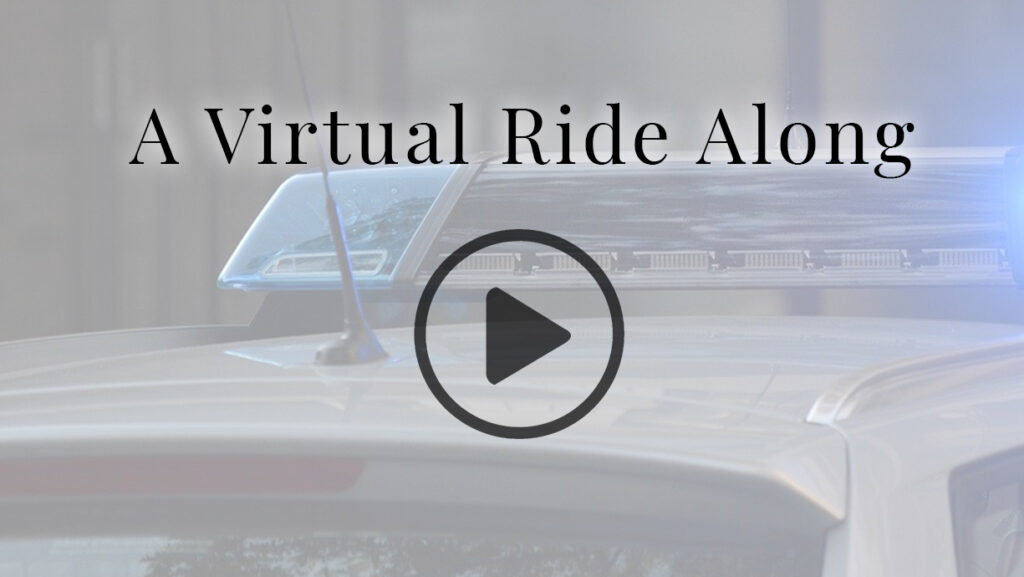 This session is a completely virtual experience as Trooper Moore places the participant in his patrol vehicle and proceeds throughout a normal (!) day. From standard practices and protocols through demonstration of calibration of law enforcement technology, the course outlines use (legal and practical) of technology, the start and finish of a traffic stop and outlines for conduct of conversations with drivers. Power point slides give information and steps of process and the video usage places us in the vehicle in a way that makes the process immediately understandable.

Trooper Mark Moore is currently employed full time as a Senior Trooper with the Oregon State Police in Roseburg, Oregon. He is currently assigned to the Patrol Division as a Collision Reconstructionist. Mark Moore’s responsibilities are to assists in the investigation of Fatal and Serious Injury Motor Vehicle collisions and assist in the mapping and investigation of crime scenes. Mark Moore has been a sworn Oregon State Police Officer since July 1, 1997. His expertise spans twelve years as a student and lead instructor in the scientific field of investigation of collisions from every aspect.

“An Introduction to the Webex Application” 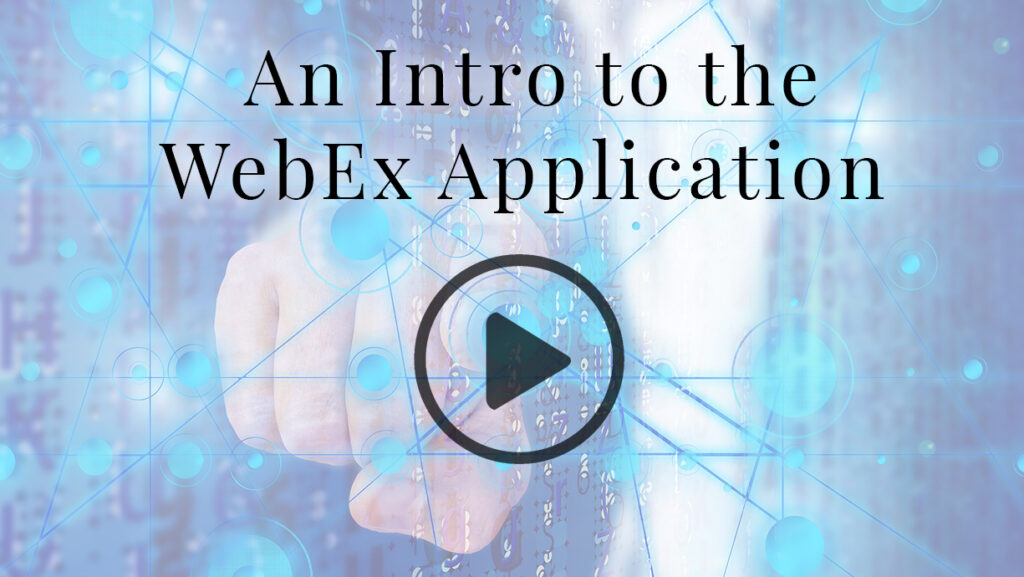 The course is designed to give the participant an understanding of the Webex platform and its’ applicability to court proceedings. With courts challenged by the pandemic and seeking continuance of operations during a shutdown, the information is invaluable in providing insight into the potential for remote and long distance communications between all involved parties in a court proceeding. Discussion regarding protocols for attorney—court proceedings, preliminary proceedings, arraignments and release hearings takes place along with navigation of various aspects of the application. The presentation also addresses why this particular application is the unreserved choice of the National Judicial College for its’ use.

The topic is presented by Mr. Sawyer, who is a recognized expert in the subject, and is in charge of remote learning for the National Judicial College. From his biography, “Mr. Sawyer has developed and produced hundreds of webcasts on topics ranging from criminal evidence, mental competency, and electronic discovery. He is the co-author of “The National Judicial College Approach to Distance Learning: Towards a Model of Best Practice” (2015), and author of “Judicial Education and Distance Learning: An Economic Imperative” (2010).” His assistance in production of this program is gratefully acknowledged.

“Darkness to Light” is a nationally accredited organization that is devoted to education about and prevention of child abuse. Founded in 2000, the organization provides all manner of education presentations to law enforcement, court officers, children’s advocates and concerned partners. The presentation is available online or in person. Our session, “Stewards of Children”, is facilitated through the national website by Ms. Stafford, who is certified by the national organization to provide the education. Topics covered include recognition on reporting of abuse, prevention practices and communication protocols. (Oregon State Bar accreditation for “Access to Justice”)

Judicial officers are often faced with procedures that directly or indirectly include children. Any insight into communication, recognition and approach to the issue of child abuse is valuable. This session opens the door to greater understanding of application of pathology and recognition of language barriers.

In her biography, Ms. Stafford states that “In her tenure with the Children’s Advocacy Center, she has served as advocate, record keeper, prevention trainer, multidisciplinary team coordinator, grant writer, and child forensic interviewer. In these various roles, she has participated in the investigation of over 3,000 child abuse cases ranging from severe physical or sexual abuse to witnesses to domestic violence and drug endangerment. Through her work, she has witnessed firsthand the devastating impact child abuse has on children, their families, and to communities as a whole. “