The Kenneth MacEachern award is given in honor of the Honorable Kenneth L. MacEachern. Judge MacEachern served as the first Executive Director of the National Judges Association and as a charter member, was a key in the clear vision and launching of this organization.  He was a man dedicated to the premise that judges that come to the bench as lay judges will strive to portray the best qualities of a judge:

He was honored, as is each recipient after him, for displaying the highest level of responsibility to the honorable practice of our profession.

These judges we recognize are those who deeply understand that the matters we consider require more than simply applying the word of the law, but that we must also remember that we are the guardians of the spirit of the law as well. The finest of judges constantly seek the balance between applying a clear vision of impartial justice and the frailty of human choice and circumstance.

The award is given in recognition of the outstanding non-attorney judge in the United States, for dedication to profession at all levels, and to recognize people who give selflessly not just to the profession, but to the family and community they serve. 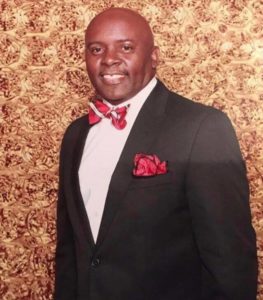 He serves his community tirelessly; having sat on the bench in a judicial capacity as Clark County Justice of the Peace for more than two decades with a total of 23 years! Additionally, he also has been appointed as the Shubuta municipal judge, for the second time. He is active in his church, serving as the Sunday school superintendent, and has also served as a Deacon of the Pearlie Grove Baptist Church for the past 20 plus years. He selflessly gives to his community in the capacity of a volunteer fireman and as an emergency responder for the Quitman Fire Department for the past two years.

Hon. Tobey Bartee has served the National Judges Association as Vice President, President-Elect, President for two years, and as the association’s Senior Director.  This award is to recognize his continuing servitude: he has truly given so much of himself to his community & in the name of the judiciary.